What's the Difference Between Newspapers, Magazines, and Journals?

Authors: Author names may or may not be listed. Many magazine articles are written by the magazine editors or staff writers and may not attribute responsibility to individual authors. Those articles that do list authors typically do not give the author qualifications.

Frequency of Publication: Magazines typically publish monthly or more frequently (there are exceptions). Magazines routinely will use specific dates on their issues, such as December 14, 2008, or July 2008.

Use of Everyday Language: Magazine articles are typically written with the average reader in mind, so the language used is easily read and simple to understand.

Use of Illustrations and Photographs: Articles published in magazines frequently are illustrated with drawings or photographs, often in full color. Other publications might also include illustrative materials, but magazines are the most likely types of publications to include them.

Bibliography: Bibliographies are typically not included in brevmagazine articles or, if they are included, are usually fairly brief.

Brevity: Magazine articles tend to be much shorter than articles from journals. An article might be half a page or even a dozen pages, but typically not much longer than a dozen. Pictures are often interspersed throughout the text so the actual text, even for a 12-page article, would amount to far less than a dozen pages.

Subject Focus: Magazines might cover a wide variety of interests or might focus a particular interest. For example, magazines like Time and Newsweek will cover current events, politics, entertainment, art, music, a wide variety of interests. Articles might take note of research being done in medicine, for example, but they stop short of actually providing the full details of the research being done. Magazines like Car and Driver and Popular Science will focus on specific areas of interest, but the articles that they publish are geared toward the casual reader or to readers with more than a passing interest in a subject, rather than to academics and scholars.

Advertisements: Magazines usually include numerous product advertisements. Advertisements might be for beauty aids, or automobiles, or computers, or just about anything. Some ads might be full page or even could consist of several pages included as an advertising insert or supplement.

Overall Appearance: Magazines are typically published in full color on glossy or semi-glossy paper. Magazine covers are slick and appealing and often provide highlights of big stories that will draw a reader's attention

Today, SMM marketing is quite important as far as social media marketing is concerned. These services are quite important for the growth of any business out there. Therefore, managing advertisements carefully is quite important. If you are on a strict budget and you have a busy schedule, you can try out SMM reseller panels. They offer a lot of benefits, such as driving sales and boosting conversion rates. In this article, we are going to take a look at some of the major benefits of choosing SMM panels. 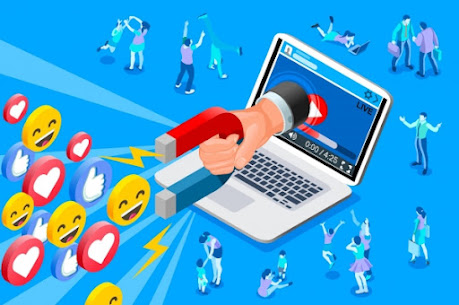 The great thing is that the traffic you will get is organic as it comes from real profiles. Therefore, you won't be at the risk of getting caught.

With SMM panels, you can easily promote your business. You cannot get a lot of comments the moment you have published a post. The reason is that there are already tons of posts on social media websites.

Another problem is that many people tend to skip ads if they are not appealing. Therefore, it is better that you go for SMM panels. They can help you to achieve your goals in a short period of time while making sure you are on the safe side.

Another beauty of SMM panels is there they are properly organized. In other words, they allow you to sort your orders without any problem. Apart from this, you won't have to face any problem whether your order is being processed or not. The reason is that these panels are automated. You have special systems that are responsible for controlling the panels and their function. Therefore, every single order is processed and managed.

Another problem is that some orders are not delivered in a timely fashion. However, if you go for an SMM panel, it will make sure that every order is delivered on time. The great thing about SMM panels is that they provide instant likes, comments, subscribers, and other services. As a result, they boost your confidence level and improve the chances of your posts being seen.

If you search the internet, you will find a lot of SMM panels. Many of these offer reasonably priced services. Since there are a lot of competitors, you can get your desired panel at a reasonable price. Therefore, it is possible to get a panel that can meet your needs without breaking the bank. So, you can buy a social media marketing service to ensure your business gets a lot of traffic for better conversion rates.

Long story short, if you have been looking for a great SMM service, we suggest that you take your time. This is important if you want to get the most out of the service you will get. After all, you do not want to end up wasting your time and money.

How Many Die Types Exist?

When I conduct conferences, it isn't unusual to have one or two attendees who are new to the stamping die and pressworking world. Some are young new hires trying to learn about stamping, and others are individuals who have been transferred from a different department and thrown to the wolves in the stamping department.

This article is the first in a series intended to introduce beginner toolmakers, die maintenance technicians, engineers, and press technicians to stamping. The series will define a die as well as a stamping operation. It will also discuss cutting and forming operations, components and functions, and different methods used to stamp parts.

What Is a Stamping Die?

How Many Die Types Exist?

There are many kinds of stamping dies, all of which perform two basic operations—cutting, forming, or both. Manually or robotically loaded dies are referred to as line dies. Progressive and transfer dies are fully automated.

Cutting is perhaps the most common operation performed in a stamping die. The metal is severed by placing it between two bypassing tool steel sections that have a small gap between them. This gap, or distance, is called the cutting clearance.

Blanking—A dual-purpose cutting operation usually performed on a larger scale, blanking is used in operations in which the slug is saved for further pressworking. It also is used to cut finished piece parts free from the sheet metal. The profiled sheet metal slug removed from the sheet by this process is called the blank, or starting piece of sheet metal that will be cut or formed later (see Figure 5).

Piercing—Often called perforating, piercing is a metal cutting operation that produces a round, square, or special-shaped hole in flat sheet metal or a formed part. The main difference between piercing and blanking is that in blanking, the slug is used, and in piercing the slug is discarded as scrap. The cutting punch that produces the hole is called the pierce punch, and the hole the punch enters is called the matrix (see Figure 6).

Lancing—In lancing, the metal is sliced or slit in an effort to free up metal without separating it from the strip. Lancing often is done in progressive dies to create a part carrier called a flex or stretch web (see Figure 7).

Very high force is needed to cut metal. The process often introduces substantial shock to the die and press. In most cutting operations, the metal is stressed to the point of failure, which produces a cut edge with a shiny portion referred to as the cut band, or shear, and a portion called the fracture zone, or break line (see Figure 2).

Stamping is a cold-forming operation, which means that no heat is introduced into the die or the sheet material intentionally. However, because heat is generated from friction during the cutting and forming process, stamped parts often exit the dies very hot.

samtalk
We offer best apartments for rent in Beirut. We help agents, landlords and tenants find and operate rental properties all over Lebanon!